Your chimney is quite unlike anything else in your house. It sits there, out of view and never seems to encroach on your daily life. Indeed, it shouldn’t. Your chimney’s main role is to allow dangerous combustion gases to evacuate your home – the chimney has a very important job but most of it cannot be seen. Many chimneys can be hundreds of years old and the property would have undergone many renovations but no one has checked the inside of the chimney. 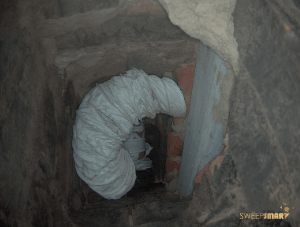 A waste stack serving a toilet vented into the chimney

It’s not possible to answer any of these questions by just sweeping the chimney, sometimes we need to take a look. 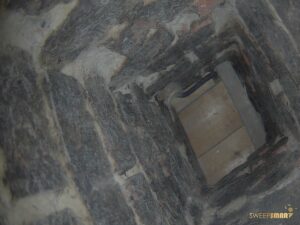 The apartment on the floor above has removed the chimney breast blocking the flues for the lower floor.

Reasons for a Level 1 Inspection. 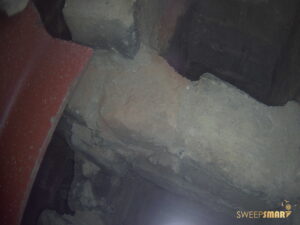 Four flues damaged during a loft conversion, including the neighbouring property.

Any faults that are noted on the inspection will be recorded and sent to you along with a full report, this will allow you to obtain quotes for any remedial work required.

If you have any questions or would like to make an appointment, please do not hesitate to contact us.